How Safe Are Jeep Wranglers? 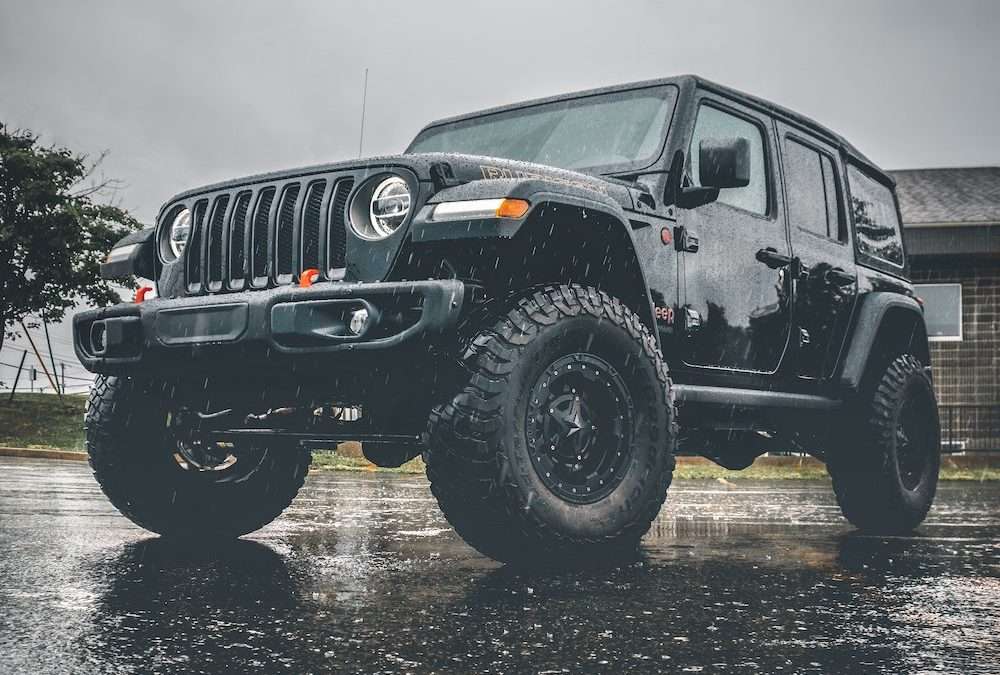 People love their Jeeps; there’s no doubt about that. They are recognizable and iconic, providing rugged, go-anywhere capability with style. While Wranglers are marketed as a sport utility vehicle (SUV), they also take on more of an off-road truck role in the eyes of many owners. With that in mind, how do Wrangler safety ratings compare to other SUVs? Wranglers have been around since the late 1980s and come in several different models. There is the standard version for general road use, plus versions for off-roading and even versions for racing. Regardless of which you choose to buy, safety should be your top priority. After all, you can’t explore the rugged outdoors if you don’t get there in one piece! Here we take a look at how Jeep Wrangler safety compares against other SUVs…

The Jeep Wrangler has been completely redesigned for the 2018 model year. Previously, the Wrangler had received ‘Poor’ ratings in IIHS front crash tests and was an ‘IIHS Top Safety Pick’ only when equipped with optional front crash prevention and specific headlights.The Insurance Institute for Highway Safety (IIHS) is a nonprofit research and communications organization funded by auto insurers. The IIHS evaluates passenger vehicles, sport utility vehicles, trucks and minivans primarily on how well they protect occupants in front and side crash tests plus rollover tests.This is a significant change for the Wrangler, as it was one of the few SUVs that had not yet been redesigned to meet the tougher criteria for the 2018 model year. 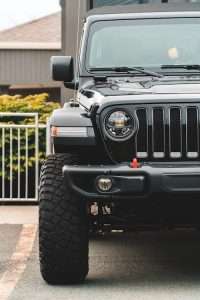 The IIHS rate the 2022 Jeep Wrangler as good in the majority of categories it tests. It did receive a marginal rating in the tough small overlap front test, which simulates what happens when the front corner of a vehicle collides with another vehicle or object like a tree or utility pole. The Wrangler’s safety scores should improve when equipped with optional front crash prevention, which wasn’t available on the previous model. Headlights are another area where the Wrangler struggles; on the previous model, none of the available headlights earned a good rating from IIHS, and that has not changed for this generation of Jeep. You can purchase aftermarket headlights which can improve visibility.

The new Jeep Wrangler comes standard with a backup camera, and we expect it will offer optional front and rear parking sensors. These features can help drivers avoid crashes in the first place.

NHTSA has not tested the Jeep Wrangler JK under its new side crash test protocol, but under the older protocol it earned four stars.

Does the jeep wrangler get death wobble?

The Jeep Wrangler is notorious for a condition called “death wobble,” which is a violent shaking of the steering wheel that can occur at highway speeds. The cause is usually attributed to worn or damaged suspension components, although there are other potential causes as well. Death wobble is most commonly seen in Wranglers that have been lifted and/or had suspension modifications, but it can happen to any Wrangler. Jeep has issued a service bulletin for death wobble, and there are many aftermarket companies that sell parts designed to fix the problem. If you’re experiencing death wobble, the best thing to do is to take your Wrangler to a qualified mechanic or Jeep dealer for diagnosis and repair. You can read more about all the causes for the death wobble here.

Which Wranglers Have the Best Safety Rating?

What is Rated in These Ratings?

The Top Safety Pick + rating is given to the safest vehicles in each category. It has a better safety rating than the Top Safety Pick rating, which is given to the next best vehicles in each category. The IIHS rating is determined entirely by crash test results, with no other factors considered. The NHTSA rating, on the other hand, is determined by a complex mathematical formula that takes into account things like crash test results and the rate of complaints filed by owners. As discussed above, this formula is very unreliable because it does not take into account how well the car actually protects its occupants in a real-world crash situation.

What to look for when buying a used Jeep Wrangler

Here are a few things to keep in mind when shopping for a used Jeep Wrangler: – How many miles are on the car? While there is no rule of thumb as to what is too many, keep in mind that the earlier Jeep Wranglers have an average lifespan of 160,000 miles. If you are looking at a model beyond that, you may want to pass for safety reasons. – Are the tires worn out? You might not even notice this at first, but Wranglers have a very aggressive tread pattern, which can be hard to replace if worn out. This is especially true if you are looking at a used Jeep Wrangler Rubicon, which has the most aggressive tread of the lot. – What condition is the engine in? Jeep Wranglers are relatively reliable cars, and many have well over 100,000 miles on the odometer. However, a lot of people who buy them use them like trucks, driving them through a lot of harsh conditions. If you are looking at a Wrangler that has been driven extremely hard, you should probably pass on it. – What condition is the body in? A Wrangler is a very rugged vehicle, but that doesn’t mean it can’t be damaged in a crash. Make sure the car has been kept in good condition and has no signs of damage. – Does the car have a clean title? While this doesn’t guarantee the car is safe, it is a good place to start.

If you are looking for a rugged outdoor vehicle that can provide safety and reliability, a Jeep Wrangler is a great choice. Whether you want to go off-roading or take a long road trip, there is a Wrangler for you. When shopping for a Wrangler, look at the newer models as they are even safer than the older ones. If you’re looking for the safest Wrangler, look for one that has been equipped with optional front crash prevention and good headlights.